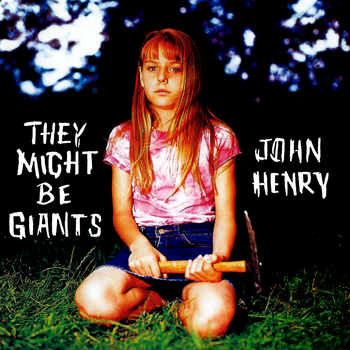 No one understands
No one knows my plan
As I got hit by a car there was a message for me
As I went through the windshield, I noticed something

Subliminial, in an unnoticeable way
Important, and hard to see
—Subliminal
Advertisement:

John Henry is the fifth studio album by They Might Be Giants, released in 1994 by Elektra Records. It was their first album recorded with a full backing band; at the insistence of Elektra's Susan Drew, the Johns has recruited Tony Maimone of Pere Ubu on bass guitar, Kurt Hoffman of The Ordinaires on keyboard and reeds, and Brian Doherty on drums (replacing Johnathan Feinberg, who had played with them on tour).

This Was the Vehicle, These Were the Tropes: