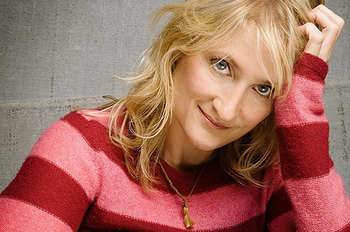 Sobule made her debut in 1990 with the Todd Rundgren-produced Things Here Are Different. Unfortunately, nobody bought it and Sobule briefly left music to work for a wedding photographer. A few years later, she was picked up by Atlantic Records for the release of her self-titled second album, which featured the hits "I Kissed A Girl" and "Supermodel," the latter of which was famously used in the Brittney Murphey film Clueless. Her follow up, Happy Town, earned rave reviews, but didn't repeat the commercial success of her previous album and she was dropped from the label.

Despite her 15 Minutes of Fame passing rather quickly, Sobule has kept busy ever since, recording and releasing music independently, joining Lloyd Cole's backing band, done some acting and contributed songs to the Nickcom Unfabulous and the Off-Broadway production Prozak and Platypus.