Manga / The Rows of Cherry Trees 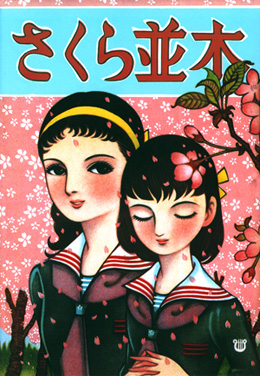 The Rows Of Cherry Trees (さくら並木,Sakura namiki) by Takahashi Makoto is a one-volume manga from 1957 that could be considered a precursor to the Yuri Genre.

The 4-chapter story centers around three students (first year Yukiko Nakahara, second year Ayako Sunayama and third year Chikage Maki) competing in a ping-pong tournament at the Sakura Girls' Institute. It also delves in Yukiko's mind and backstory, how Chikage became a huge influence in her life, and how much she adores her.