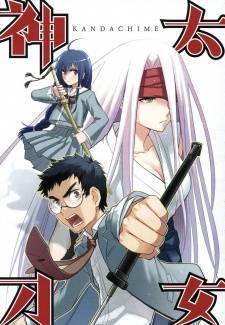 Takuma Zushi just wanted to be left alone. He sleeps in class and skips club. While going home, he sees a girl walking into the woods and decides to follow her. There he witnesses a fight between two sword masters with the prize being the ownership of the "Kandachime", a sword that can shape shift into a person. That girl, Otowa Hagane was about to lose when he naively steps into the fight...

Kandachime was cancelled after 44 chapters.