Manga / Breasts Are My Favorite Things in the World! 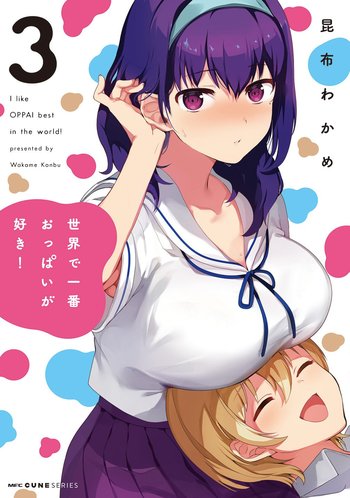 Breasts Are My Favorite Things in the World! (Sekai de Ichiban Oppai ga Suki!) is written and illustrated by Wakame Konbu (also known for The Great Jahy Will Not Be Defeated! and The Maid I Hired Recently Is Mysterious) and is published by Kadokawa under their MediaFactory division and began serialization in Comic Cune on July 27, 2017.

The series is available in English courtesy of Yen Press. note  (who also publishes the above mentioned The Maid I Hired Recently Is Mysterious in English as well)

Breasts Are My Favorite Things in the World! provides examples of: