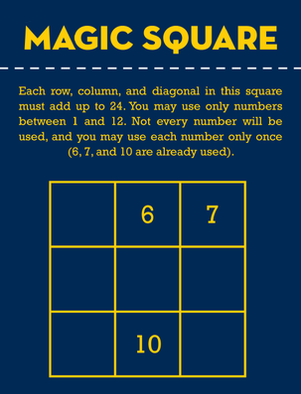 A Magic Square Puzzle is typically a grid of nine squares where a given sequence of numbers must be placed in a specific order to equal another number in all directions. Somewhat similar to a 15 Puzzle, depending on the mechanics, though a magic square usually has complete freedom of moving pieces if it has physical pieces for each number.