Literature / The Sisterhood of the Traveling Pants 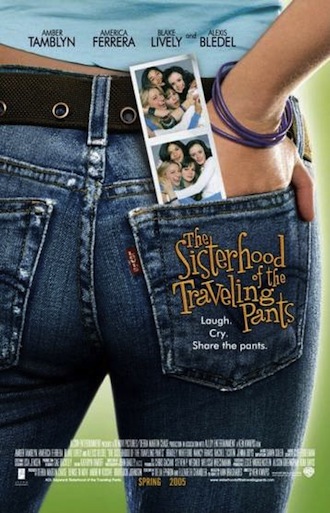 The Sisterhood of the Traveling Pants is a series of books by Ann Brashares. The series chronicles the lives of four girls who have been best friends since they were babies. One summer before they had to split for the season, they find a pair of jeans that magically fit all four of them. So they decide to rotate the pants around through the mail to keep in touch while they're apart. Each book in the series takes place over one summer.

In 2005, a movie was made based on the first book. It starred Amber Tamblyn, America Ferrera, Blake Lively, and Alexis Bledel. The original series consisted of four books, but a sequel has been released since then, as well as a spin-off taking place in the same universe and focusing on new characters.

Not to be confused with the Sisterhood Series.

This book series and film adaptation provide examples of:

Alternative Title(s): The Sisterhood Of The Traveling Pants