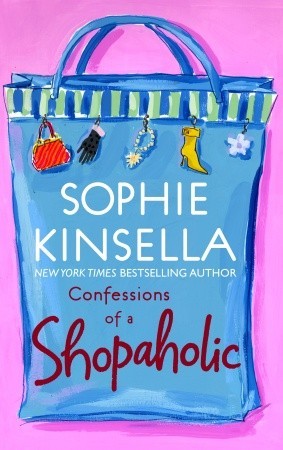 A series of chick-lit novels written by British author Sophie Kinsella, Shopaholic stars Becky Brandon (née Bloomwood), a (predictably enough) shopaholic. The first book starts out with Becky smack-dab in the middle of her addiction, living in a flat with her best friend Suze in London. Every book focuses on Becky's struggles in life, which she manages to survive with flying colors (or, more specifically, talent she doesn't realize and a lot of luck).

The series is quite funny and written in absorbing first-person prose, though it suffers from unrealism and Moral Dissonance. Despite that, it is a big seller in the chick-lit department. A movie based on the first book was released in February 2009, retitled Confessions of a Shopaholic and set in New York City.

In order, the series is as follows: