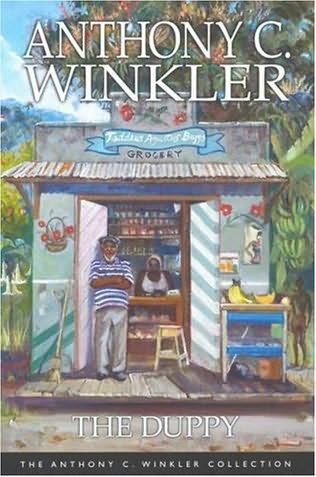 The Duppy (pronounced "duh-py") is a novel by Jamaican author Anthony Winkler, published in 1997.

Taddeus Augustus Baps, shopkeeper, unexpectedly drops dead one Saturday morning, and finds himself having turned into a duppy (the Jamaican term for ghost). Hilarity Ensues as he discovers that a lot of things he'd been taught about the afterlife are wrong, with Heaven being suspiciously like Jamaica in terms of environment...

Tropes present in The Duppy: