Literature / Go For the Gold, Atalanta! 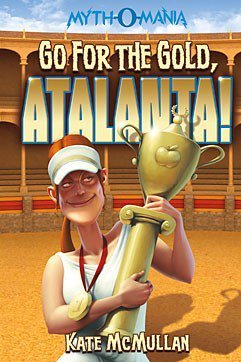 Go For the Gold, Atalanta! is Book VIII in Kate McMullan's Myth-O-Mania series, published in 2003. Hades records the achievements of "Princess Hero" Atalanta, from taming the Calydonian Boar, to out-running every eligible bachelor in Greece, to challenging gods in the Olympics.