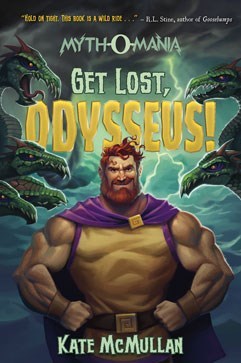 Get Lost, Odysseus! is Book X in Kate McMullan's Myth-O-Mania series, published in 2014. In a retelling of The Odyssey, Hades debunks Zeus' boasts of helping Odysseus return to Ithaca from the Trojan War.