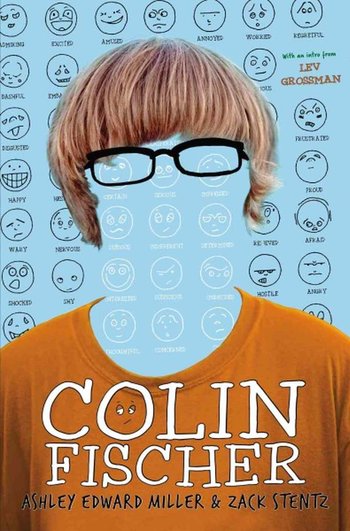 Colin Fischer is a 2012 novel by Ashley Edward Miller and Zack Stentz. Colin, a fourteen-year-old with Asperger's syndrome, is attending high school alone after years of going to school school with an aide. Early in the school year, a gun goes off during popular girl Melissa Greer's birthday party, and school bully Wayne Connolly is the prime suspect. But Colin knows Wayne couldn't have brought it - there was frosting on the gun, but not on Wayne's hands. Colin sets out to clear Wayne's name.