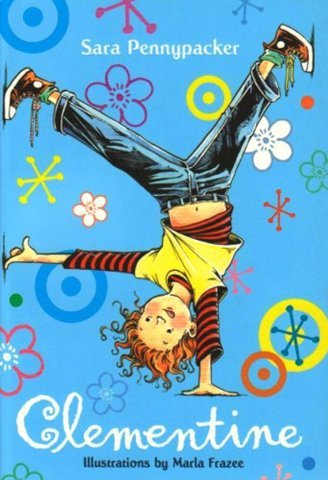 Clementinenote Just Clementine, without the accent. The accent is a display issue because of the customized wikiword used by other "Clementine" titles on TV Tropes. is a series of books written by Sara Pennypacker, with illustrations by Marla Frazee. The titles focus around the day-to-day adventures of Clementine, a young girl in the third grade who sometimes gets into trouble, but is very empathetic and has a lot of great ideas. Throughout the series, Clementine deals with issues such as having a slightly bossy and germ-phobic best friend, struggling with rules at school, losing a pet kitten, a new baby in the family and being named after a fruit.
Advertisement:

The series began in 2006 and ended in 2015. However, the author and illustrator released a spin-off series, Waylon, beginning with Waylon! One Awesome Thing on April 5, 2016. The series focuses on the fourth-grade adventures of Clementine's classmate and friend, Waylon, who is very much into science and who is convinced he has superpowers.

Titles in this series:
Advertisement:

The Clementine series features examples of: