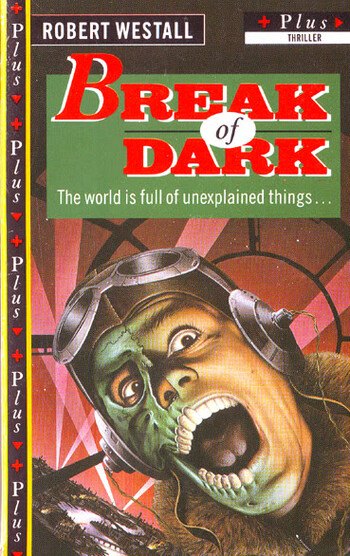 The world is full of unexplained things...
There is a barrier that divides the dark unknown from the ordinary. Sometimes the barrier is crossed... .
— Robert Westall Break Of Dark
Advertisement:

Break of Dark is an anthology of short fiction by English author Robert Westall, first published in 1982. There are five stories in the anthology, all of them dealing with supernatural occurrences against the backdrop of typical life. The title refers to the point at which the weird and sinister crosses over into the mundane and interacts with humans; when the irrational and inexplicable comes into conflict with the familiar and ordinary.

The stories in the anthology are: