Literature / —All You Zombies— 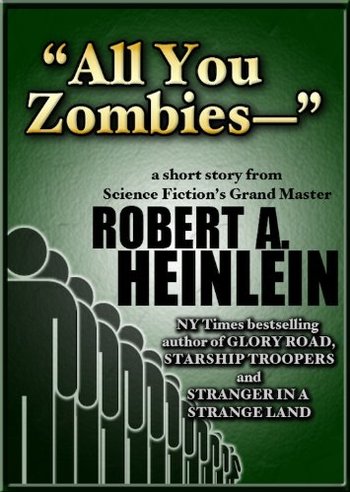 "I know where I came from, but where did all you zombies come from?"
Advertisement:

"—All You Zombies—" (1959) is a short story by Robert A. Heinlein that presents to the reader an interesting time paradox. "The Unwed Mother", as a bar patron calls himself, unloads his life story onto a willing barman. The barman, however, knows more about The Unwed Mother than he could ever guess.

At roughly a dozen pages, "—All You Zombies—" provides a provocative story and incorporates many of Heinlein's favorite themes.

As the story contains a twist ending, it is recommended you read it for yourself before reading the associated tropes.