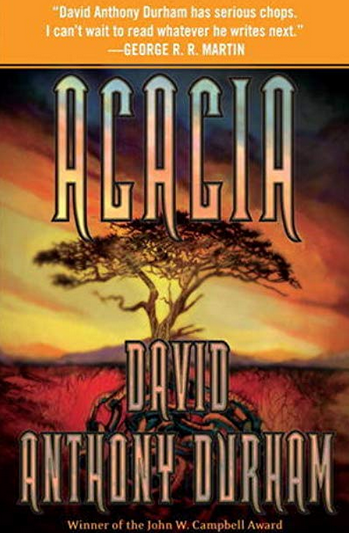 Acacia is the first fantasy series by David Anthony Durham. It begins with the story of the four royal children of the Acacian Empire listening to the confession of their father about the sins of their empire and his desire to atone for this, the subsequent overthrow of their house and years later the retaking of the throne. Then subsequent adventures take place years after...

All of these titles are technically just subtitles after "Acacia":