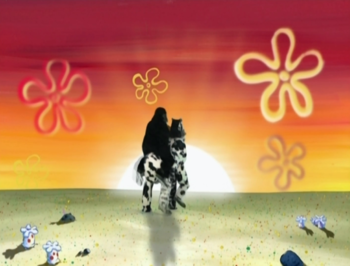 SpongeBob SquarePants is already one of TV's weirdest shows, but some of its endings just really take the cake.