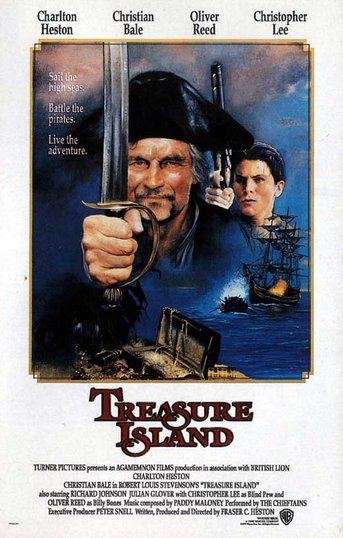 The 1990 made-for-television film adaptation of the adventure novel Treasure Island, starring Christian Bale as Jim Hawkins and Charlton Heston as Long John Silver, along with Oliver Reed as Billy Bones and Christopher Lee as Blind Pew.

A map for the treasure of Captain Flint, a feared buccaneer on the Spanish Main, is discovered among the possessions of an old pirate, and an expedition sets forth to claim it. However, Flint's former crew manages to slip among it, and upon reaching the island, they try to claim the treasure for themselves.