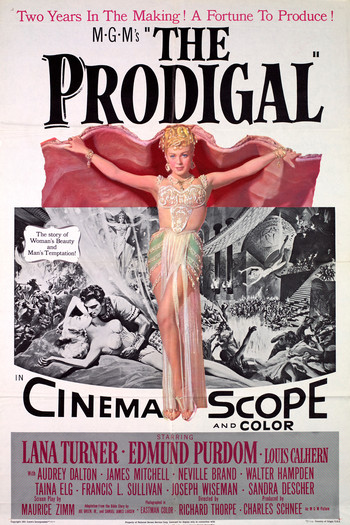 One of the last films in the big-budget Hollywood Biblical epic tradition, Richard Thorpe's The Prodigal (1955) is loosely based on the Parable of the Prodigal Son.

Micah (Edmund Purdom), the Prodigal Hero in question, falls prey to the deadly charms of the pagan high priestess Samarra (Lana Turner). However, after much debauchery, Micah is betrayed, tossed into jail and almost killed. Needless to say, however, he escapes from prison, leads a revolt against the evil pagans, and returns home.