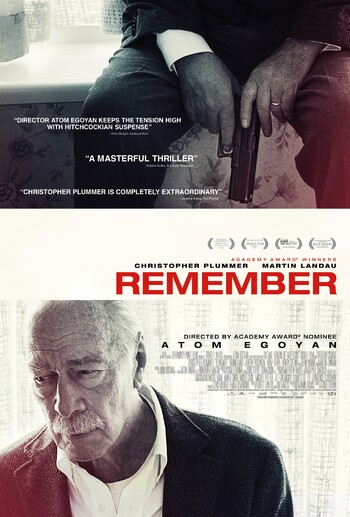 Dark truths will come to light.
"We are the last living survivors from our prison block. Besides me, you are the only person who could still recognize the man who killed our families."
— Max Rosenbaum's letter
Advertisement:

It follows Zev Guttman (Christopher Plummer), an 89-year-old survivor of The Holocaust, who seeks to hunt down Otto Wallisch, who murdered his family as well as that of fellow Holocaust survivor Max Rosenbaum (Martin Landau).