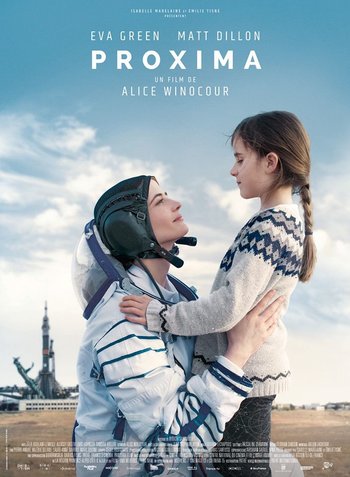 A French astronaut named Sarah Loreau (Green) is chosen for a one-year long space mission onboard the International Space Station called Proxima, which is stated to be "the last mission before Mars". She tries to balance her training with her family life as mother to a dyslexic eight-year-old daughter, Stella (Zélie Boulant-Lemesle). Wendy (Hüller), a psychologist, helps to guide Sarah and Stella through the complexities of the situation while Stella's father and Sarah's ex-boyfriend Thomas (Eidinger) also does his best to take care of Stella in Sarah's absence.

The film premiered in the Platform Prize program at the Toronto International Film Festival on September 7, 2019.

Not to be confused with the science-fiction novel Proxima.