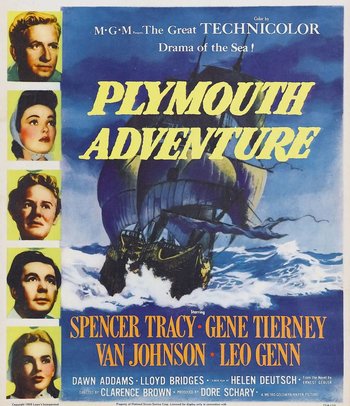 Plymouth Adventure is a 1952 period drama film about the voyage of the Mayflower in 1620.
Advertisement:

The movie was a Box Office Bomb, which might explain why there haven't been many other films about the Mayflower voyage, despite its importance to U.S. history. Still, it managed to score the Academy Award for Best Visual Effects.