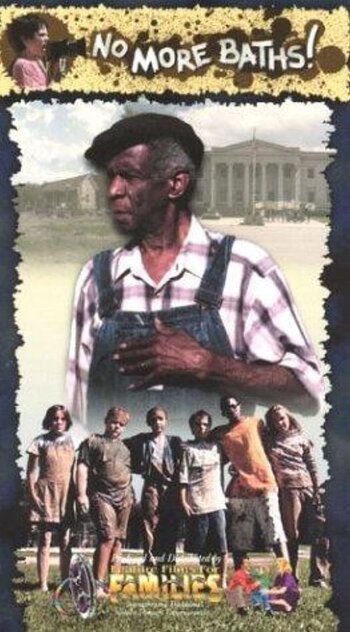 No More Baths is a 1997 Direct to Video movie, distributed by an independent producer known as Feature Films For Families.

When greedy land developers attempt to push a kindly widower off of his property, they receive an unexpected challenge from his ten-year-old neighbor Keegan McPhie in this family-oriented drama that shows a little love can go a long way. After being robbed of his family by a tragic fire, Jake opened his doors and his heart to the children of Glenwood Springs.

Having learned a thing or two about helping others from his parents, who work as legal-aid attorneys, Keagan is troubled to learn that Jake's home is in jeopardy as land developers and government bureaucrats move in to make way for new developments in the neighborhood. Quickly organizing his friends into a powerful but peaceful protest force known as the "Glenwood Springs Kids Corp."