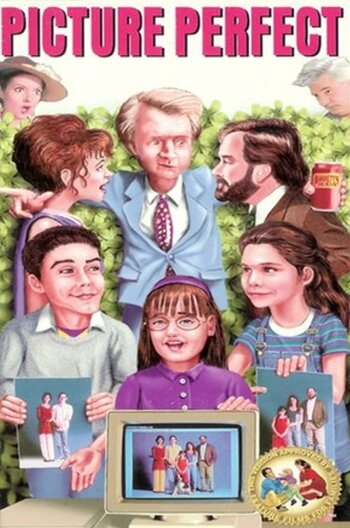 Picture Perfect is a movie by Feature Films For Families. It's about two families and Ernie Barrett (Dave Thomas), owner and CEO of Barrett's Natural Soda. Alan Walters and his mother, Vicky (Mary Page Keller), live next door to the Thomases, George (Richard Karn), a widower and his daughters, JJ and Delia.

Alan enters both families in a contest sponsored by Barrett's Natural Soda. When they do become the finalists they have to join their families together in order to win the grand prize by pretending to be the perfect family. And the problems just keep coming after that.

Not to be confused with a 1997 romantic comedy of the same name starring Jennifer Aniston, Jay Mohr, and Kevin Bacon.

Tropes in the film