Film / I'll Be Seeing You 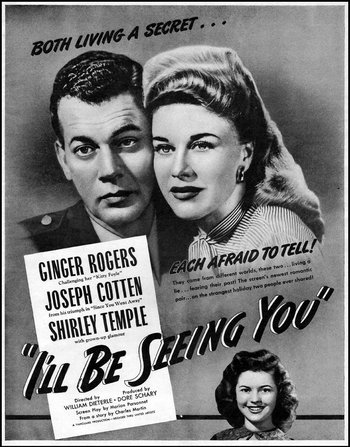 Two lonely-hearts, Mary Marshall (Rogers) and Zachary Morgan (Cotton) meet on a train and seek each other out. The only problem is that Zachary is suffering from his experiences in the Pacific Theatre while Mary has only 10 days until she returns to jail. Zachery fears his PTSD end his will to live while Mary believes her jailbird status will hinder her chances at finding love and a home.

Their friendship soon becomes love, but both are uncertain on how to proceed in their precarious situations.