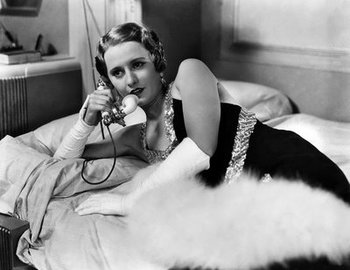 The story follows lovers Ann (Stanwyck) and Dick Ives (Rennie) who don't care that they're having sex out of wedlock. Ann doesn't care to be wed because she knows that love dies when one marries. Dick, on the other hand, thinks that maybe marriage isn't so bad. Pressured by his father and rumours that float around, they get hitched but, lo and behold, troubles soon follow the marriage.

This was Stanwyck's first film for Warner Bros.. Joan Blondell has a small part as "Duckie", one of Ann's society friends.