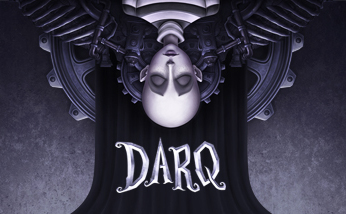 DARQ is a 2019 indie horror puzzle game about a boy called Lloyd who becomes aware that he's dreaming, but now he can't wake up. Wandering through one surreal and sinister environment after another, Lloyd struggles to take control of his dreams and escape back into the waking world before the menacing creatures that lurk in his nightmares can trap him forever.

While its initial teasers had already attracted a reasonable amount of attention for the game's creepy Tim Burton-esque vibe, shortly before its release it became embroiled in a major controversy after its solo developer, Wlad Marhulets, revealed

that Epic Games had offered him a deal to sell the game exclusively on the Epic Games Store, only for him to turn them down because he'd already promised the game would have a Steam release, and for Epic to subsequently refuse to carry the game at all. Marhulets unexpectedly and unintentionally found himself the public face of the gamer pushback against the Epic Games Store.

The game's first free DLC update, "The Tower", released on the 7th of March 2020, and the second and final one, "The Crypt" was released on the 4th of December that year. This also saw the release of DARQ: Complete Edition, which was ported to PS4 and Xbox One as well, with Nintendo Switch, PS5 and Xbox Series X|S ports planned for 2021. A comic book series based on the game, DARQ: Dream Journal, with art by Kelsey Haley, was announced for release in 2021 as well.