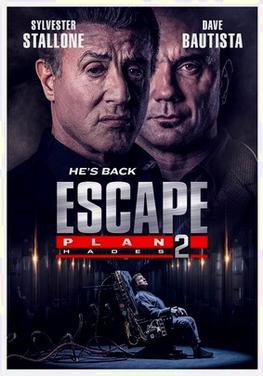 After escaping the Tomb from the previous film, Ray Breslin has started his own security company alongside Hush and Abigail. With recruits Shu, Kimbral, and Luke aiding Breslin, together the team solve crises around the world, rescuing hostages and sabotaging terrorists' schemes. One year after a rescue mission is botched, Shu and his cousin are kidnapped and imprisoned inside of a facility known as HADES, which was built by former Tomb creators. As Breslin and his group try to form a plan to rescue Shu, they soon realize that someone is targeting the team.

It has a sequel called Escape Plan: The Extractors note Originally intended to be called Devil's Station.