Fanfic / With A Snap 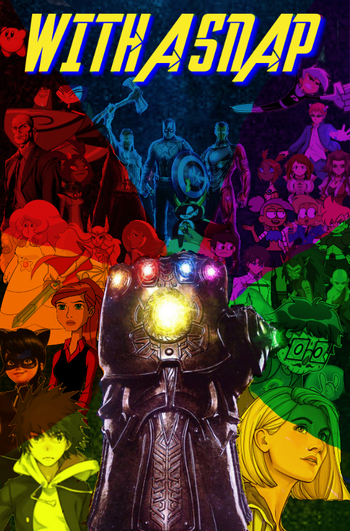 The Most Ambitious Crossover
Advertisement:

When Thanos snapped the gauntlet not only were the Marvel heroes affected but so was every reality. The effects of the snap hit every fictional reality taking half their populations with them.

Chapter 1 is a view of who besides the Avengers survived in this version of Earth. Chapters 2 to 45 are short stories focusing on different fictional worlds and how their populations deal with the dusting and its aftermath. Many heroes in those worlds vow to discover the source of the phenomena and reverse it.

Chapter 46 onwards deals with the MCU heroes realizing the multiverse-wide spread effects of snap. The Avengers meet other characters and work on solving the problems that developed from the snap and finding and defeating Thanos.