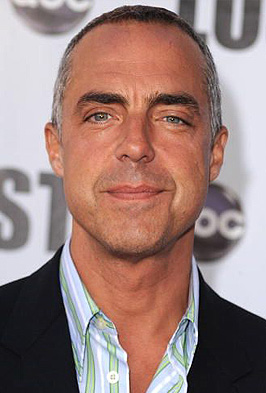 "I think good actors are born with a kind of native gift. When you study too much with an acting teacher, that gets taken away. You lose your sense of spontaneity."
Advertisement:

Titus Welliver (born March 12, 1961 in New Haven, Connecticut) is an American actor perhaps best-known for his roles as Silas Adams in Deadwood and the title role in Bosch. Some of his additional roles include Ben Affleck’s The Town, Sons of Anarchy and The Good Wife.

By odd coincidence, he’s often in shows with Mark Pellegrino, who’s become something of a heterosexual life partner to Titus.