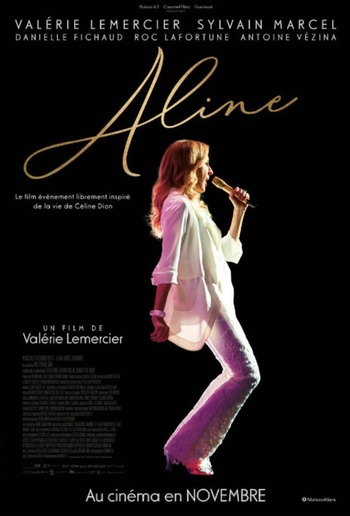 Aline (sometimes titled Aline, the Voice of Love internationally) is a French and Canadian dramatic comedy directed and written by Valérie Lemercier and co-written by Brigitte Buc. It was released in 2021.

The story is a fictionalized portrayal of the life of Céline Dion in everything but name, with Lemercier starring as "Aline Dieu", a Canadian singer from Quebec who rises to international superstardom.

Lemercier won the César award for Best Actress in 2022 with this film.