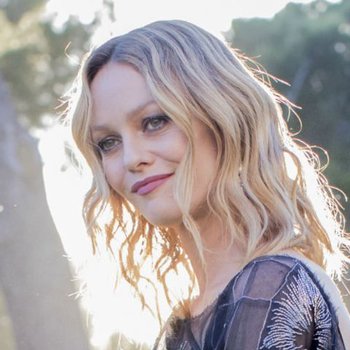 "I'd rather sing a good lyric written by someone else than one of my own that is terrible."
Advertisement:

She became a child star at the age of 14 with the smash hit success of her single "Joe le Taxi". Her acting career started in 1987, she won the César Award for Most Promising Actress in 1990, and she has been a prominent model for Chanel since 1991. About her singing career, she's made several successful collaborations with famous names of modern Chanson, from Serge Gainsbourg all the way to Benjamin Biolay.

On the gossip side, she's been in a five year relationship with Lenny Kravitz and in a famous fourteen year one with Johnny Depp, among others. She's the mother of Depp's two children, Lily-Rose and Jack John Christopher III.