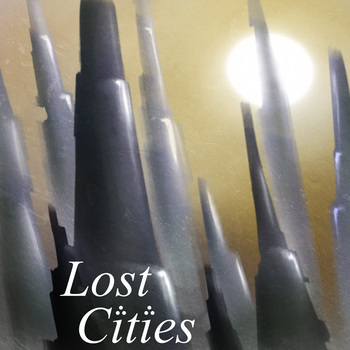 is a My Little Pony: Friendship Is Magic fanfic written by Cold in Gardez

. Its most notable feature is its narrative style, which features no dialogue, action or characters. Instead, each chapter consists of the description of the ruins of an abandoned city, with the narrative being revealed to the reader as they're gradually shown more information hinting at the city's history, culture and demise.

The story consists of seven chapters, each focused on a different city. The four original ones describe the capitals of the unicorns, pegasi and earth ponies before the unified into Equestria, alongside Luna and Celestia's original capital. Two more were later added describing the original pony city that was abandoned during the events of "Hearth's Warming Eve" and a submarine seapony city; the seventh and final chapter describes a city from another fan work.

, which describes the lives of living creatures that made their homes among the broken ruins of the lost cities. Another work by the same author, The World is Filled with Monsters, shares the same setting; notably, due to being set long before the show's time, it depicts a few of the ruined cities of the original work during a period where they were still inhabited.

Several works by other authors exist that were inspired by this story's narrative style, although they're not directly connected to it. These include The Seal of Wax and Glass

, The City that Breathes

and The Land of Glass and Stone