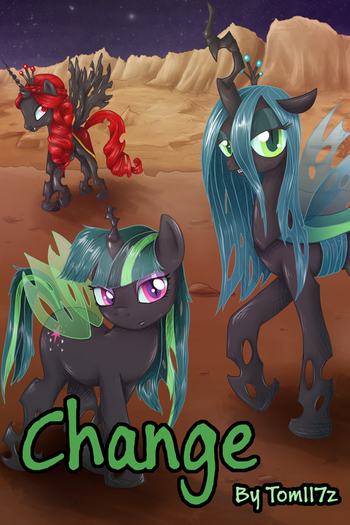 Change is a My Little Pony: Friendship Is Magic fanfiction by tom117z. You can read it at Fimfiction.net

A mother will do a lot for her child, even give them up if it meant them having a safer life growing up, despite the obvious pain that comes for the parent.That pain is something Queen Chrysalis has gone through for eighteen years, but now the time is upon them, and she wants her daughter back. Even if that means invading Canterlot during a royal wedding.

The story is complete as of October 9th 2016. A sequel has been released called Change: Queen of the Hive.