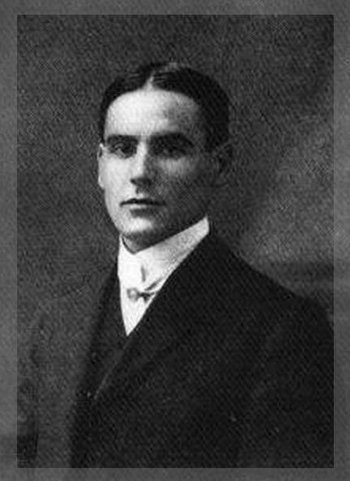 William Hope Hodgson (1877 – 1918) was an Englishman who held many careers throughout his short life: sailor, soldier, personal trainer, and so on. However, he is best remembered for his career as an author - specifically, an author of horror, fantasy and SF works, particularly the novels The House on the Borderland and The Night Land.

At age 40, while serving in World War I, he was killed by an exploding shell.

Works by William Hope Hodgson with their own trope page include:

Other works by William Hope Hodgson provide examples of: