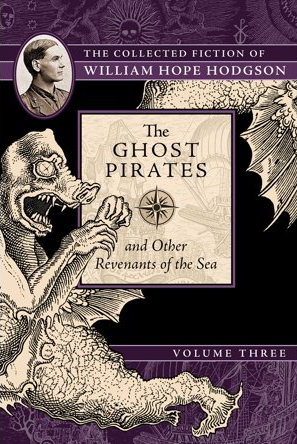 The Ghost Pirates is a book written by William Hope Hodgson in 1909. This is generally the type of work most people associate with Hodgson. There is maritime setting and a lot of weird goings on.
Advertisement:

Jessop is on board the Mortzestus which he soon finds to be a vessel with more than just the usual crew on board. The narration provides us with the suspense as Jessop and the other crew members experience more extraordinary events onboard the ship.