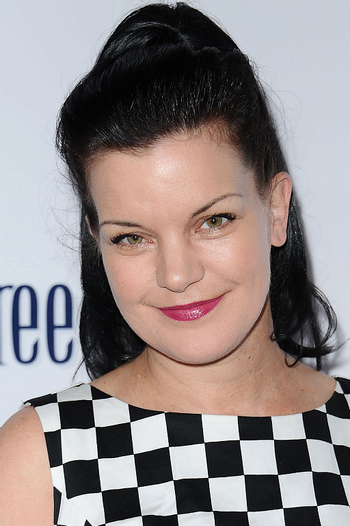 "In many ways, acting is really like a science to me to figure out the human behavior of any character that I'm playing."
Advertisement:

She's best known for playing Perky Goth Abby Sciuto on NCIS. She is also a poet, punk rock singer and advocate for civil and LGBT rights. She has declared being asexual.

She announced that she's leaving the acting industry after her last appearance in Broke.