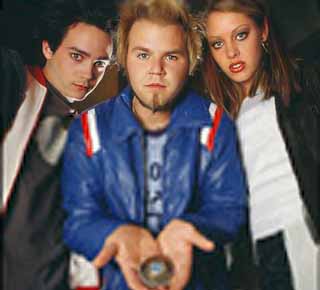 From left to right - Vaughn, Scotty and Jane.
Advertisement:

A television show produced in 2001 about a rock band that comes across a magic amulet that allows them to see and communicate with ghosts. This new power obligates the three band members, Scotty, Vaughn and Jane, to help the dead people finish any Unfinished Business and Ascend to a Higher Plane of Existence.

The show's genre was a solid mix of Urban Fantasy, Horror and Drama. Only 13 episodes were produced before it was canceled.