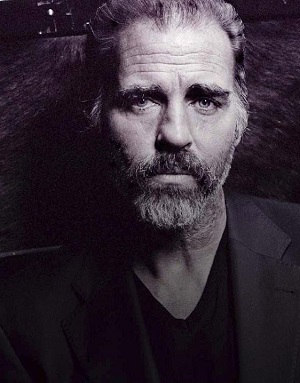 Jeffrey David "Jeff" Fahey (born November 29, 1952 in Olean, New York) is an American film and television actor and humanitarian. He's perhaps best known for his numerous roles in cult films, his portrayal of Frank Lapidus on Lost and the title role of The Lawnmower Man.
Advertisement:

Originally from Buffalo, New York, Fahey was born into a large family of 13 siblings. He left home at 17 and hitch-hiked to Alaska. He backpacked through Europe, worked on an Israeli kubbutz and has spent time in Afghanistan assisting the newly established American University of Afghanistan, and launching a project to assist orphans in Kabul.