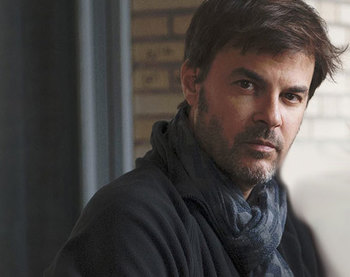 François Ozon (born 15 November 1967) is a French film director and screenwriter best known for films such as 8 Women (2002) and Swimming Pool (2003).
Advertisement:

Trademarks of Ozon's films are the depiction of complex female characters, of alternative sexualities and more generally of deviations from social and familial norms. Some critics see him as one of the major directors of modern French cinema.