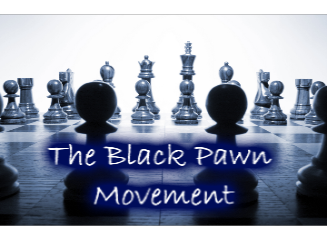 was a real, fictional group. In other words, the group itself was real. The group in the videos was not. Savvy?

The main purpose of the group was to reveal and show how Orwellian much of the Twilight series' more rabid fanbase can get. In the off season the group enjoyed more familiar pastimes. The fictionalized version of the group held five primary members: D~ (the Straight Man, most of the time), A~ (the Deadpan Snarker), K~ (the one fan, a Cloudcuckoolander), V~ (essentially a female analogue to that one guy with the mask) and most recently Z~, who...wasn't really all there. The group was also currently in the process of riffing Twilight The Movie, though it had fallen into Development Hell and was subsequently canned.

When riffing videos, the BPM searched for the most idiotic and insane videos that Twihards (Twilight + Diehard) could muster, sometimes causing the original video to be taken offline, inadvertently also making them video mirrors of some Twihards' Old Shame. However, sometimes they also had videos either forced down or asked to be taken down, to which they complied. This inevitably resulted in Missing Episodes.

In 2010, the BPM expanded their riffing range from only the Twilight FanDumb to all FanDumbs, in response to the Twilight craze dying down over time. The three biggest new inclusions to the range at the time were Beliebers, Juggalos and Little Monsters. Furries were also a popular target.

By 2013, after a canon Grand Finale, video production had slowed to a halt, ending the Black Pawn Movement.