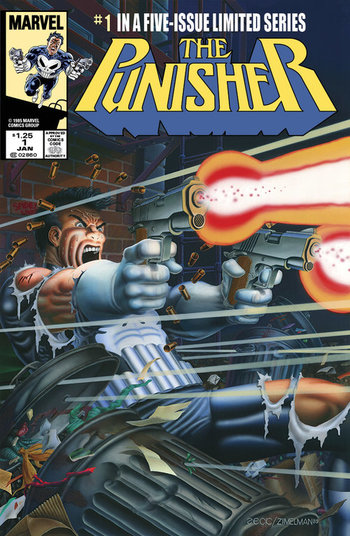 Back to war.
Advertisement:

The first solo title of The Punisher from 1986, often reprinted with subtitle Circle of Blood note (which is used here as well as the page name for the sake of differentiation from other Punisher books) after name of the first issue.

Once again, Frank Castle, better known as the vigilante named Punisher, is in jail. He is contacted by an organization calling themselves the Trust, who offer him to get out in exchange for co-operation in the war against crime. Castle accepts, but soon learns that Trust is actually planning to take over organized crime in the United States, and must be stopped.

The Punisher: Circle of Blood provides examples of the following tropes: