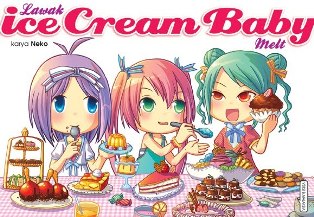 The story features a group of Normal Secondary School Students: Minthe, Vanila, Chocola, and the other characters in their daily lives.