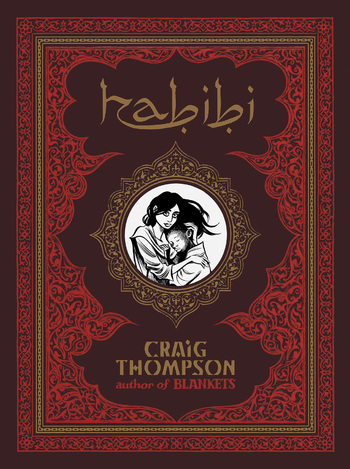 Habibi is a graphic novel by Craig Thompson published in 2011. The story is a drama about two children, Dodola and Zam, who struggle for their lives in a fictional Islamic country. Their narrative is shown in parallel with tales and stories from The Bible and The Qur'an.