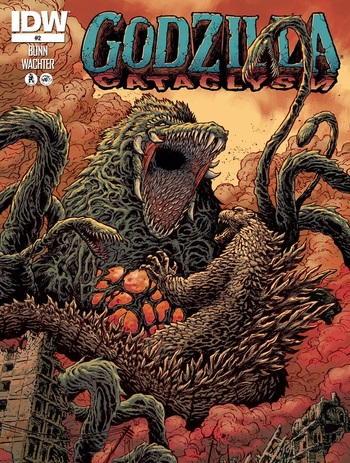 The fourth mini-series from IDW's Godzilla line. After the devastating Kaiju Apocalypse that left a good chunk of human civilization in ruins, humanity is left to scrounge and rebuild in the aftermath. However, an old man named Hiroshi begins to have dreams about the day everything went to Hell. And to make matters worse... the monsters are coming back.