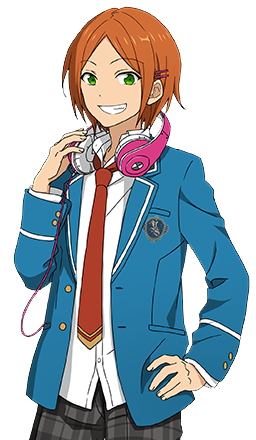 "Help us 2wink reach an even greater height!"
Voiced by: Soma Saito (Japanese), Justin Duncan (English)
Portrayed by: Kenta Yamanaka
The cheerful and energetic older twin. Hinata is always with his younger twin, Yuuta. He loves mischief, and he'd switch places with Yuuta in class from time to time.

Even in the Light Music Club, which he joined with Yuuta, he takes club activities with a carefree attitude. While they usually get along great, his twin brother isn't satisfied with 2wink's course of action as a duo. He eats a lot and loves sweets, but doesn't like spicy food. 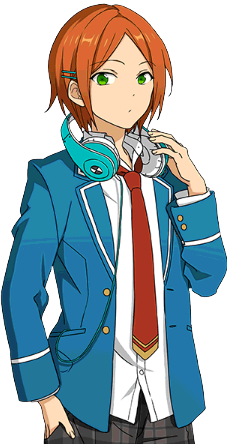 "I won't allow myself to be an inferior copy of my brother!"
Voiced by: Soma Saito (Japanese), Justin Duncan (English)
Portrayed by: Shouta Yamanaka

The calm yet mischievous younger twin, Yuuta is always with Hinata. Loved by his older twin and often gets pushed around.

He has a different opinion than Hinata when it comes to 2wink's course of action. While Hinata wants to make the best use of their fact that they're twins, Yuuta wishes to be independent instead. Outside of the unit, he gets along with Hinata in the Light Music Club, to the extent where they'd swap musical instruments for practice. He eats a lot and loves spicy food.