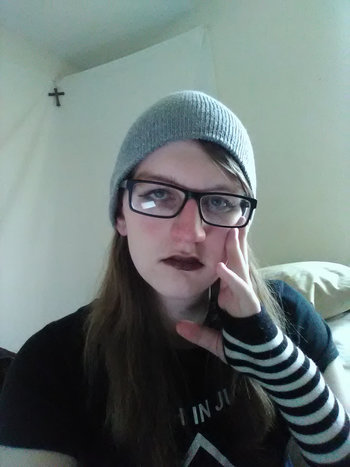 Rose with Teeth is the musical project of Evangeline "angie" Sutherland, an American musician, Oriental Orthodox Christian mystic, writer, and multimedia artist. The project primarily consists of angie, her guitar, and her music software.

Originally, it was formed as an experimental apocalyptic folk project, putting it especially in the vein of bands like Current 93 and Death In June, but has branched out to experiment with many other genres, including industrial and garage rock. Expect "mystical music for traumatised teens".

Her music can be found on Bandcamp