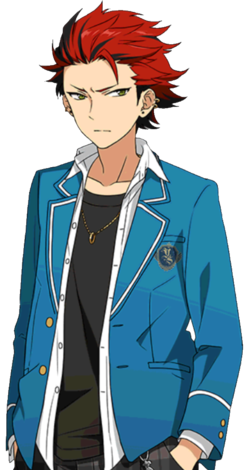 "You should always rely on someone while you're not used to something, young lady."
Voiced by: Shinichiro Kamio (Japanese), Jarrod Greene (English)
Portrayed by: Kandai Ueda (2016-2018), Rui Yanagawa (2018-present)

Kuro looks scary and has immense physical strength, but treasures precision and order. He's earnest and sincere at heart. His family is very important to him. He's been taking care of his younger sister ever since they lost their mother, and he somewhat developed a sister complex as a result.

He entered the academy because of his sister, too, the reason being he wanted to look cool in front of her. He's good at sewing and can create all sorts of things, ranging from stuff like embroidery on long jackets worn by delinquents to frilly dresses. A member of the unit AKATSUKI. 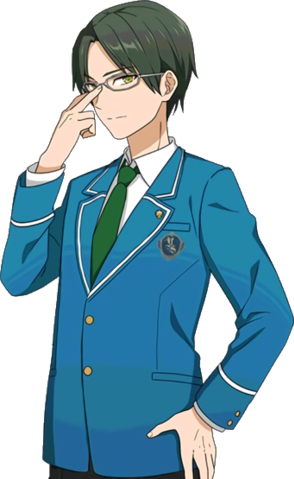 Keito has an overbearing manner, and he enjoys long conversations. Calm and composed, he acts as the vice-president of the Student Council, and he carries out his job with great efficiency. Supporting the student council president, Eichi Tenshouin, as his right hand man, Keito has a strong influence in the academy.

Born and raised in a Buddhist temple, Keito is childhood friends with Eichi, and they often enjoy drinking tea together. He was friends with third year Rei Sakuma before they entered the academy. He's fair-minded and will never find fault with those who follow the rules, but violators will receive a long sermon from him. He has very sharp ears. The leader of the unit AKATSUKI. 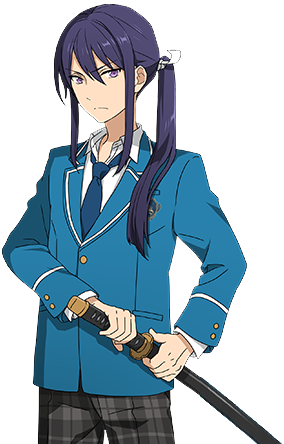 Serious, rigid, and quick to jump to conclusions—whenever his emotions run high, Souma would attempt to draw the sword he's carrying everywhere, especially at those who are dishonest. His family is of the Kanzaki style and famous in the world of kendo. He honestly admits his mistakes, but it quickly leads to self-blame and rigorous training.

Despite his serious disposition, he joined the Marine Bio Club (one of the most suspicious clubs in the academy) and has great respect for Kanata Shinkai. He doesn't get along with Kaoru Hakaze from the same club, but hits it off with Adonis Otogari, his classmate. A member of the unit AKATSUKI.