Awesome / The Legend of Zelda: Ocarina of Time 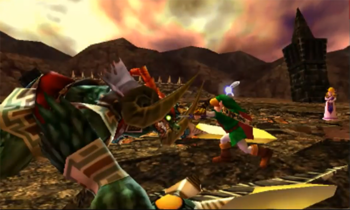 "You'll never be my king!"
Advertisement: