Tear Jerker / The Legend of Zelda: Ocarina of Time 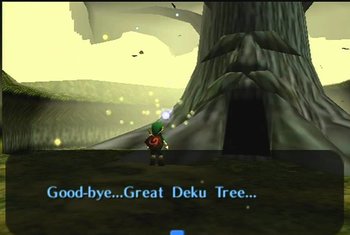 This is right after the first dungeon, by the way.